Shortly after Apple released AirTag, it became clear that the company had given little thought to the security of users who were being tracked by the tracker. Despite the fact that the company immediately indicated that AirTag should only be used to search for lost things, for the majority it has become exclusively a means of tracking the movements of other people. The mediocre covert surveillance alert system only contributed to this, because the tracked could wear a tracker for several hours to several days and not suspect that they were being watched. Even after a series of updates focused on security, the situation has not changed much. Who would have thought that Android developers would find a solution. 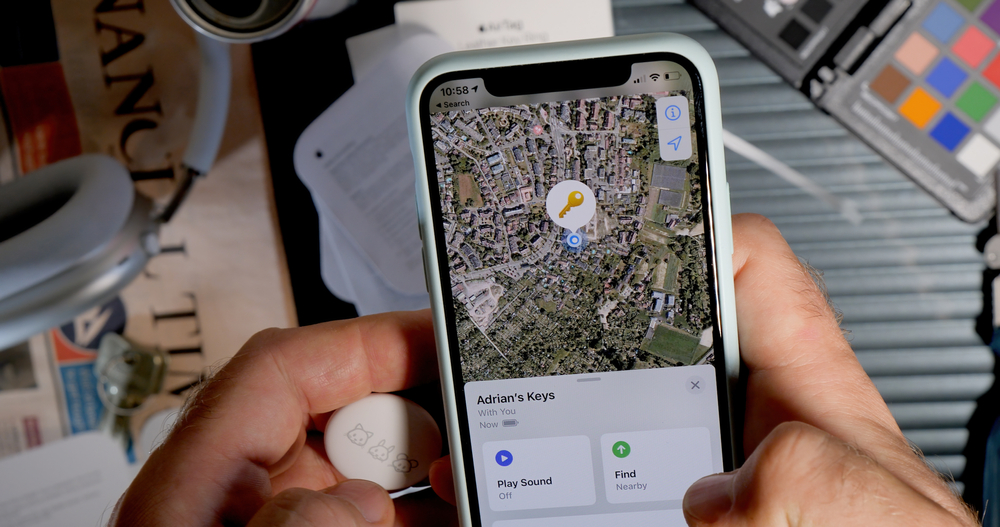 A team of researchers at the University of Darmstadt in Germany has published a report on the effectiveness of the AirGuard Android app in detecting AirTag and other search trackers that can be used to track users. As it turns out, it provides better protection than Latitude and even more so Tracker Detect, an Android application that Apple released to detect surveillance.

How to Detect AirTag

The main measure of the effectiveness of detecting trackers, according to the logic of things, is speed. After all, the sooner your smartphone realizes that somewhere nearby there is a beacon that allows to track you, the sooner you can detect it and prevent further surveillance. In this sense, AirGuard does a much better job than Latitude built into iOS.

AirGuard proved to be not only faster, spending less time finding search trackers in your pocket and backpack than Locator, but also more long-range. Only it managed to find all the locators in the car, albeit after 4 hours, while the native iOS algorithms could not find the beacon hidden in the car at all, says AppleInsider.

How it turned out that AirGuard got to be more effective in detecting search trackers is not clear. After all, according to the logic of things, there should be nothing cooler than the Locator, which was created by the same company as AirTag. It obviously could take into account all the factors to make its own application as effective as possible, right?

But to be fair, AirGuard also has its drawbacks. At least one. The app is overly demanding. An Android app asks for quite a lot of permissions, which can be confusing for an iOS user who is used to the fact that any smartphone software is privacy-focused. In fact, AirGuard is constantly in a state of activity, which, apparently, is why it manages to detect and stop espionage attempts so effectively. Another thing is that there is simply no AirGuard application on iOS.

NIX Solutions notes that it’s likely that Apple faced a choice: make Latitude on iOS more efficient and start collecting more data about the user, or minimize data collection and make Latitude a little less efficient. As a result, of course, it turned out far from “slightly less”. Still, the difference in detection speed in favor of AirGuard reaches at least three times. But after all, not every person uses Apple trackers for surveillance.

We don’t know if this is true. It is possible that the Apple developers simply did not find any common ground between the Latitude and AirTag, and therefore simply failed to teach their application to detect the tracker just as effectively. And, perhaps, Apple simply made a bet on the future, when there should be much more beacons. In this case the Locator would simply detect them at every step, and the delay was made on purpose so that this would not happen.